Corsica rightly deserves its original name of « Kalisti », meaning most beautiful, a name given to the island by the Ancient Greeks.
It is an idyllic destination with a maze of steep red granite slopes on the west coast, limestone cliffs towering over the turquoise waters of the southern lagoon, as well as an impenetrable scrub charged with fragrances of wild herbs.

Besides its alluring scenery, the island is firmly committed to preserve its rich natural heritage and refuses to capitulate to the invasion of concrete.

Nestled at the heart of the Mediterranean Sea, Corsica epitomizes the ultimate island destination, inviting yachtsmen to discover its charms along a coastline stretching over 1,000 Km and to cruise between its 17 pleasure-craft ports. 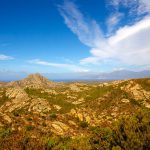 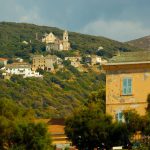 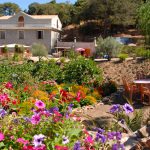 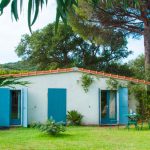 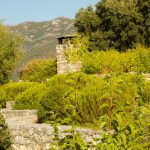 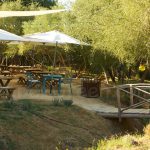 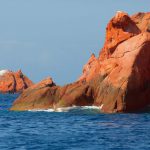 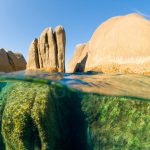 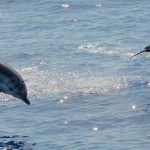 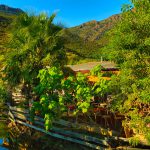 With its stunning and beautifully preserved natural beauty, Corsica boasts a particularly fascinating diversity with all the landscape features of Southern Europe. This is nothing surprising given that the island originally formed a single geological structure with Sardinia and Provence. A rift phenomenon occurred 21 millions years BC and the Corsica-Sardinia microplate was detached from the continent and drifted in the Mediterranean Sea. Corsica has a surface area of 8,700 km2 and is the fourth biggest island in the Mediterranean region after Sicily, Sardinia and Cyprus. The island’s maximum length is 183 Km and its width 85 Km. With some 260,000 inhabitants, it is one of the least populated big islands of the Mediterranean region, and 40% of its population lives in Bastia and Ajaccio.

Owing to its Mediterranean climate, Corsica has an average yearly temperature of 12°C (varying with altitude). Average temperatures often exceed 25°C between June and September and reach the 30°C mark during the hottest periods of the year. At spring and autumn time, the average temperature is around 15°C with peaks at 20°C between March and October. Water temperature in summer averages 26°C. However, it is recommended to bring along a shorty or a 3 mm swimsuit due to the unpredictability of the « libecciu » (southwesterly wind).

The Environment Office of Corsica, which manages the preservation of the natural heritage of the island

Renowned for being a proud and touchy people, Corsicans are attached to the preservation of their identity and their environment. Since 1982, Corsica has the specific status of Territorial Collectivity, which gives the local Parliament important powers in the administration of internal affairs of the island, namely regarding the optional use of the Corsican language at primary school level and the Environment Office of Corsica, which manages the preservation of the natural heritage of the island. Corsicans are above all mountain people with an agro-pastoral way of life and their traditions are important markers of their identity.

Despite its international popularity, Corsica has managed to preserve its exceptional natural heritage. With the exception of Ajaccio and Bastia where 40% of the population live, and of some urban settlements located in coastal areas, the island is scattered with small villages hidden in the scrub and perched on the numerous mountains. Over 40% of the villages have less than 100 inhabitants.

The Regional Natural Park of Corsica, classified in 1972, actually covers almost 40% of the island, with a surface area of over 350,000 hectares for some 26,700 inhabitants. The park’s territory regroups the Territorial Collectivity of Corsica, the Regional Councils of Corse du Sud and Haute Corse, 4 communities of communes and 145 villages.
Five natural reserves ensure the protection of a unique fauna and flora. Among these are the Cerbicales Islands, a sanctuary for common shags, the Lavezzi Islands, where 68 species of fish have been identified, the Finocchiarla Islands, the Biguglia pond, a haven for 127 species of sea birds, and Scandola, is classified in the UNESCO list of World Heritage sites.

Corsica has the highest rate of endemism in the Mediterranean and singles itself out by the unique diversity of its fauna and flora. This geological and ecological heterogeneity can partly be explained by the isolation of Corsica compared to the other islands, by its insularity and by its excellent state of conservation. Over 150 species of fish can be found in the waters of Corsica. Sea mammals, swordfish, groupers, porpoise, muraena, dentex and leer fish are among the various protected species that can essentially be found around the Cerbicales and Lavezzi Islands as well as in the Scandola reserve. Their way of life and reproduction are monitored by the park’s agents.

A great classic among non-stop crewed sailing races, this 250-miles loop departing from the town of Bonifacio provides participants with an intense sailing experience. Generally tough and windswept, this mythical race is held every year by the Bonifacio Yacht Club under the aegis of the French Sailing Federation and the Corsican Sailing League. In 2008, over 40 boats were on the starting line. In 2017, two months before departure already 17 sailing boats are registered.

This competition, which take place in May, has become an inescapable event and gathers flags from the five continents in the Gulf of Ajaccio. Ranked among the most beautiful in the world, this 15 Km deep gulf, with the famous Sanguinaires Islands in the backdrop, offers ideal sailing conditions: whilst it is protected from the heavy north/north-western winds, a thermal breeze blows continuously at strengths of 10 to 20 knots. More than 30 sail boats in the Epoch, Classic and Spirit of Tradition categories took part in the 2009 edition. The race is open to CIM (Comité international de la Méditerranée) – rated sail boats and to IRC-rated Spirit of Tradition sail boats. Rankings are calculated on a « Time over Distance » basis for the traditional sail boats category and on a « Time over Time » basis for Spirit of Tradition sail boats. The first three yachts in each category receive a prize each. Since 7 years, the Imperial Regattas gather the most beautiful traditional sail yachts in a magical setting and have made their mark as a very high level sports event.

Every year, this event closes with the Spring Trophy of the French Yacht Club, a deep-sea race between Ajaccio and Antibes, where the Panerai challenge and the « Voiles d’Antibes » follow on from the event in Ajaccio. The Inter-Island Challenge – this is one of the most important windsurfing events in French. Since some 15 years, almost 100 windsurfers – many of whom compete at top international level – take part in a unique challenge: cross the Mouth of Bonifacio to reach Sardinia in the fastest possible time. This international gathering open to professionals and amateurs alike is organised by the CV Bonifacio and « Planche Mag » magazine. From 11 to 13 September 2009, 72 competitors participated in this three-legged challenge race and it has already been announced that the 14th edition of the Inter-Island Challenge will be held in September 2010.

The Wind Festival in Calvi

Created 18 years ago, the Wind Festival regroups sail and air sports aficionados towards the end of October, and year after year reinforces the positioning of Corsica as a forerunner in terms of ecological citizenship. This popular event held over 5 days pays homage to nature. Thematic gatherings are held on topics of ecological concern, with street animations, concerts by local and international artists, shows as well as discovery and sensitization workshops.

A high place of pleasure-craft navigation in the Mediterranean

With its 1,000 Km coastline, the island abounds in beaches, bays and secluded inlets which are a real bliss for those who enjoy lounging on the beach by the water and nautical sports. The island is renowned as a high place of pleasure-craft navigation in the Mediterranean, with its 17 well-equipped pleasure craft ports with a typical and diversified welcome, depending on their region of location.
To realise its ambition to transform Corsica into a pole of excellence in terms of nautical activities, the Territorial Collectivity of Corsica has designed a development plan in 2005. The document explains the main objectives of the sustainable development of nautical activities in Corsica, namely the accommodation capacity of the island’s ports. The results are more than encouraging and the creation of 3,000 additional spaces is underway.

With a very diverse submarine landscape, a rich undersea fauna and flora, warm and clear waters, protected sites and a quasi-absence of pollution, the seabed of Corsica has won international repute, propelling the island among the most sought-after diving destinations in the Mediterranean. Divers will relish the exploration of canyons and faults which are home to shoals of damselfish, saupes and seabreams, rainbow wrasses, forkbeards and muraena. Macrophotography fanatics take immense pleasure in spotting their models among the profusion of gorgonian corals, on rocks covered with encrusting sponge or next to colonies of orange corals. Maritime history buffs will also discover a number of beautiful wrecks, the most famous of which is a B-52 aeroplane wreck in the vicinity of Calvi. Professionnal diving centers are available all around the islands. You will find them in all harbours including the small Galeria harbour on the west coast from where it is convenient to reach the Scandola’s national marine reserve.

Exploitation of the marine resources

The fishing activity in Corsica comprises a flotilla of some 195 artisanal boats (there were over 700 boats at the beginning of the last century) operating in a fishing zone stretching over some 1,000 Km of coastline. A fishing « licence » is required and this activity comprises 176 coastal and deep-sea vessels, 9 trawlers and some 10 coral fishing boats. The « pointu » remains the most frequently used traditional fishing boat. The profession provides employment for some 100 people on a permanent or seasonal basis. The professional fishing industry is organised around a regional maritime fishing and fish farming committee and 4 jurisdictions representing each a specific geographic area, with regulations that apply to clearly identified fishing territories. The total annual production nears 1,200 tonnes, including rock fish, « noble » fish, crustaceans, pelagic fish, cephalopods and sea urchins. The whole catch is sold fresh on the island through direct sales. To face the crisis situation in this sector, the professional fishing activity in Corsica has been organised around a sustainable development and resource management initiative.
Since 2007, the Office of Environment supports the trade through the implementation of actions focused on the diversification of fishing activities and methods, resource management and environmental improvement. Selective fishing techniques are encouraged (hoop net, pot, longline). Fishing nets and net lifters are not financed anymore.

After centuries of damaging coral harvesting practices, namely with the use of the Saint Andrew’s cross (an iron bar hung with chains), only ten professional coral fishermen are still in activity. Licensed fishermen are allowed to collect this prized gem as from 50 metres deep and in conditions that respect the preservation of this slowly growing animal. They usually dive at 80 to 100 m deep, and even deeper using gas mixtures and semi closed circuit rebreathers. The oldest of them, Marien Pogi, is now aged in its 60s and has known the red gold rush era. Knowing the rarity of the species, he now respects set quotas, fallow periods and minimum size limits while practising his trade.

Corsica has of all times held a strategic position within the Mediterranean geopolitical space. The island has been long coveted by dominant powers in the Mediterranean and has long remained within the Italian-Tuscan and Carthaginian influence zones. The Genoese towers are historic monuments that are true symbols of the country and stand witness to this historical past. Out of the 85 towers listed at the beginning of the 18th century, only 67 remain around the coastline of Corsica. Built by the Genoese in the 15th and 16th centuries, they served to protect the island from invasions. Erected on each one of the coastal tips of the island, they communication visually with each other using smoke or fire, or even through the sound of the « culombu », a large conch. News could be transmitted around the island in less than an hour.