Saint Barthelemy is a small tourism-oriented island in the Caribbean with remarkable natural scenery. Its maritime domain is preserved with the setting up of five reserves. Ample spaces of wild nature enable the tourists who have the privilege of staying there to discover a stunning biodiversity. The 25 Km2 surface area of this miniature paradise is shared by 8,500 inhabitants. Multiple islets located on the border offer heavenly mooring spots to navigators in search of nature and tranquillity. Humid areas, salt marshes and ponds are among the many sites of exceptional beauty for those eager to observe birds in the phantasmagorical lights of dawn or dusk. 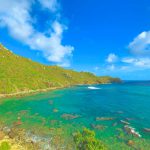 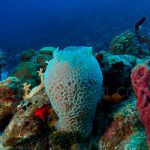 Tourism and nautical or maritime activities are the pillars of the economy of Saint Barthelemy. With time, the island has made itself a name among the classiest destinations in the world, thanks to an exceptional natural environment, outstanding accommodation and a ‘French way of life’ which enables visitors to taste the best of international cuisine and enjoy personalised service.

Owing to its tropical climate, the island enjoys sea temperature varying between 27 °C and 29 °C for most of the year. Air temperature averages 27 °C with peaks at 32 °C. There are two seasons, a dry season between February and April and a more humid season during the rest of the year. Between July and November, strong tropical depressions or cyclones can occur in the northern part of the Caribbean but there can also be none in the area for years.

The local authorities are aware of the value added that a preserved nature can bring to the destination and have completed a number of environmental projects. New sustainable development projects are presently on the agenda. Located at the border of the Caribbean Sea and the Atlantic Ocean, the maritime domain of Saint Barthelemy thus counts a natural marine reserve since 1996 with the aim to preserve the riches of the seabed.

The community currently finances 85% of the operating budget. Given that the island is frequently visited by leisure crafts, a number of sites have been equipped with anchor buoys to avoid the excessive use of anchors, which cause much damage to the meadows and coral. An incineration plant has been built and the steam generated by this activity serves to run the neighbouring seawater desalination plant.

The daily supply of treated sea water complements the traditional supply provided by a hundred rainwater holding tanks spread out over the island. An underground cabling network policy enables the elimination of visual nuisances such as electricity and telephone poles.

Used cars and metallic waste are also compacted before being transported by ship from the island. Local authorities have decided since the beginning of 2011 they will deliver building permits only to people who equip their houses with water solar equipment. Builders will receive financial assistance for both photovoltaic and thermal solar equipment.

The Bucket Sailing Race, a race open to yachts whose length exceeds 100 feet, takes place every spring. The number of boats allowed to take part in this nautical event is limited to 40. This race with individual departures is organised in pursuit mode. The route around Saint Barthelemy is a very rare opportunity to watch a confrontation between such giants of the sea under different wind conditions, including running under the wind using a spinnaker. An unforgettable spectacle!

The St-Barth Sailing Week is another annual event open to different categories of boats which is held just after the Bucket Sailing Race at beginning of April. It is another opportunity to see superb yachts or Classics facing modern, monohull or multihull boats. Various events organised on land help to keep the Saint Barthelemy spirit alive.

Guests can enjoy activities related to the environment, sea sports, fishing and diving. A proper management of the Marine Reserve and the professional starting to integrate the notion of sustainable development now enable better resource management and preservation of the biodiversity. Various species have returned to the island, namely green turtles (Chelonia mydas), which are present in numbers in the bay of Colombier, leatherback turtles (Dermochelys coriacea) and reef sharks (Carcharhinus perezi), which are regularly spotted by divers. These are very encouraging signs and not only enable to secure the long-term viability of existing activities, but also to consider the development or setting up of complementary activities. It is to be noted, for example, that some ten new young people have taken up professional fishing.  We will also note with pleasure several private initiatives which contribute to the well being of the collectivity, we can mention the commitment of Hélène Bernier with her company Easy Time who take care every year of visitors and residents, showing and explaining her island as anybody else on Saint Barthelemy or the involvement of associations like Saint-Barth Essentiel or Saint-Barth Environment. We can also mention the important donation of Mr Abramovitch to restore the surroundings of St Jean’s pond which is an important island’s spot for birds nesting or resting during their migration from or to America.

Saint Barthelemy was inhabited by Caraib Indians when it was discovered by Christopher Columbus in 1493. They used to call the island Ouanalao, meaning Pelican. The island was occupied by the French as from 1648 and was sold to Sweden in 1784 before being ceded back to the French in 1878. It is now a territorial community with a strong autonomy. The powers of the executive are shared between the Assembly and the President. The history of the island is, of course, linked to maritime history of the region, which saw flotillas of trading and navy ships as well as buccaneers and pirates of all sorts come and go.