This beautiful archipelago is located in Coral Sea, 1800 km east of Australia, stretches from north to south on a myriad of volcanic islands as beautiful and wild. Vanuatu is characterized by great natural and cultural diversity and its original beauty. The ancient cultures are still very present, and there subsistence economy plays an important role. In this context, the destination is naturally moving towards sustainable tourism. The scenery is guaranteed for visitors who are fully immersed in the traditions and Melanesian in the lush surroundings of the archipelago. 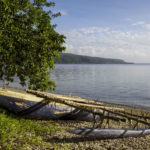 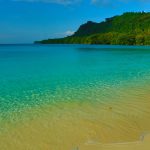 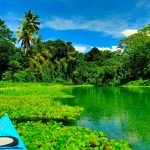 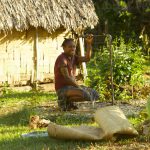 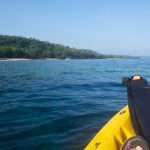 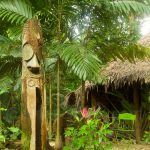 This volcanic archipelago with a surface area almost the size of Spain is blessed with abundant natural scenery, breathtaking landscapes, an amazingly rich seabed and a plentiful of beaches lapped by turquoise waters with hardly a soul in sight. The archipelago spreads over some 800 km with a string of a dozen main islands, and smaller islets orientated roughly north – south. The advantage of such as setting is that the islands can be approached by boat, which is the most recommended mode of transport. Protected marine reserves and areas are scattered around the archipelago. It is worth noting that the Vanuatu islands have been named the World’s Best Pure Island by Islands magazine in 2010.

The archipelago counts some 250,000 inhabitants including 97% Melanesians. The traditional culture is kept firmly alive in this multitude of islands. Ceremonies, dances and other events are very frequent and diverse from one island to another. The Vanuatu islands have the highest density of spoken languages in the world. There were originally about a hundred of them with three main languages that are spoken across the country: Bichlamar, English and French. These languages have been inherited from the colonial past of the archipelago, which was emancipated from colonial rule in 1980 to become a republic, after being a French-English condominium for some time. The natives receive schooling in these languages at the numerous schools that are available on all the islands. One can indeed communicate orally with the local people without any significant difficulties, making it easier to find the answer to the many questions that will most probably roll off one’s tongue during one’s stay.

The Vanuatu islands have a tropical climate with a relatively drier and less hot season between May and October. The rest of the year is wet and hotter with the possibility of cyclonic weather, which should be kept in mind when travelling to these small islands. The temperature always remains bearable, averaging 30 °C. The sea water temperature along the shores or in the lagoons is always around 24 °C to 28 °C.

An economy promoting a strategy of sustainable development

It only takes a trip to any of the islands to see how the concepts of sustainable development that are constantly hammered by the organisations and media around the world are very naturally integrated in the daily lives of the Ni Vanuatu people. The economy is based largely on subsistence agriculture. Tiny plots of lands in the heart of nature, often on mountainous terrain, are cultivated after stubble burning then left to lie fallow. The production of handicraft items on a small scale, generally natural fibre weaving or sculpture, brings some money into the villages. Tourism is currently the main economic activity in the Vanuatu islands, accounting for 40% of the country’s revenue. Hotel accommodation in various types and categories is available on the main island of Efate. The Government has also well understood the potential of its multiple island destinations that are already partly equipped with accommodation facilities such as bungalows or farés (traditional huts). In partnership and with the support of organisations such as the EEC, a considerable amount of work has been undertaken both to enable the setting of hospitality service standards that meet the expectations of an international tourist clientele and to uplift the existing bungalows, which are often set in the best locations. This appears to be an exceptional opportunity for the economic taking-off of this small country. It is also to be noted that agriculture, livestock breeding and fishing are a source of high-quality produce. While staying in Vanuatu, one can sample food that not even money can buy in big cities.

This is certainly not a most enviable situation for a poor country that has already come a long way since becoming an independent state a few years ago. The leaders from whatever political party must take into account international agreements signed, the importance of customary power in the villages and the wishes of investors, especially in the tourism sector, as well as the pressure that the latter exert on land in a country where the laws governing the transmission of inheritance are quite complex. Local authorities and associations as well as the people seem to really understand the part that the natural riches and cultural diversity of this archipelago can play in attracting an ever-growing international tourist clientele.
Many reserves have been set up since 1990 on a number of islands including Espiritu Santo, Erromango, and Malekula. Some of the highlights are the creation of a 100 ha coral reef reserve on Maleskyn Islands and the setting up of a park covering 20% of the surface area of Efate Island.

According to the World Database on Protected Areas, Vanuatu has 9 Marine Protected Areas, 5 Marine Reserves and 42 other protected land species (parks and reserves equipped, forest conservation areas, integrated space conservation and development…). Depletion quick reef fisheries has led to the development of many community-based management of marine resources initiatives. There are well over 300 ‘tabu areas’, micro-reserves spread over the entire territory, including management and prohibited species level, periods and catch methods vary from island to island or even from one village to another. The impact of these micro AMP on the most fished populations of fish, and invertebrates is currently measured by IRD researchers in order to support this effort with the introduction of a monitoring program of coral reef ecosystems the archipelago.

Tropical forests and coral reefs of Vanuatu have very rich and unexplored ecosystems paradoxically, hence the Santo scientific mission launched in 2006 to inventory the flora and fauna on Espiritu Santo, the largest island of the archipelago. More than 150 scientists from 25 countries mobilized themselves from August to December 2006 on the mission established at the initiative of the National Museum of Natural History, the Institute of Research for Development and Pro-Natura International . All ecosystems were spent combing from the mountain tops to the coral reefs, through caves, rivers and forests. Very successful, this mission has given new life to the exploration of biodiversity and the great naturalist expeditions, in a context of concern about the erosion of species diversity. Nearly 10,000 species, of which almost 1,000 new species (pending confirmation), were inventoried! In addition to the insects that are part of the vast majority of discoveries of species of crustaceans, algae and fish have been identified for the first time. A state of unprecedented places that today serves as a reference for monitoring the evolution of the fauna and flora.

Scuba diving is the most popular water activity in the Vanuatu islands. Coral beds of high quality, an exceptional fauna and renown shipwrecks are the calling cards that make the archipelago a highly popular destination among tourists worldwide. A number of facilities available around the archipelago provide excellent diving opportunities.

Snorkelling can also be enjoyed almost anywhere along the wild coasts. Professional dive facilities are also available. It is highly recommended to dive in the company of a guide who will initiate you in the secrets of the local fauna and flora.

Vanuatu is an exceptional sailing spot. You can go on an island-hopping cruise by pilotage navigation, which makes things much easier. There are several mooring but navigators should avoid dropping anchor in the middle of a coral garden.

Canoeing and kayaking can be practised around many of the islands. Multiple-day tours can be undertaken as long as you have done the necessary preparation.

Surfing and kite-surfing opportunities are mainly available on Efate Island with a school that provides the necessary advice.