Once completely dependent on oil, Samsø is now self-sufficient in electricity (it produces 140% of its needs) and covers 70% of its heat requirements.

The Danish island of 4100 inhabitants gets its electricity and heating thanks to a network of wind turbines, solar panels and biomass functions … 11 onshore wind turbines of 1 MW have been financed by local residents, and 10 offshore wind turbines have been set off the island’s coast. The island also has about fifty photovoltaic plants and several biomass power plants fuelled by wood, straw, as well as household waste sorting.

This ambitious challenge has been taken up in 10 years by the inhabitants and was coordinated by Energiakademiet that brings together the latest knowledge on renewable energy technologies.

Environmental work on the island has created 30 new permanent jobs according to Samsø Energiakademiet and helped to fight against depopulation.

The community’s aim is to be rid of fossil fuels entirely by 2030. 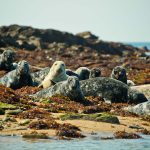 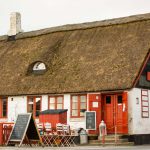 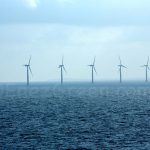 Samsø a Danish Island in the Heart of Scandinavia

Samsø is a Danish island of 114 square kilometers located in the heart of Scandinavia, in the Kattegat Sea. Once popular for its agriculture, and more especially for its potatoes and strawberries, the island is now internationally renowned for its self-sufficient community in renewable energy. Secluded and of small extent, the island of 4,100 inhabitants offers an ideal ground to carry out a sustainable EU policy experience and energy engineering. Not to mention that the island is flat and swept by winds.

The island is prized by tourists for its bucolic landscapes, beaches with clear water, walking and cycling paths, picturesque villages with beautiful colorful houses and elegant Protestant churches.

If Samsø is a model regarding energy consumption, it is not ranked among top ecological islands, especially concerning intensive agriculture and pesticide use. However, organic farming slowly but surely emerges and some small retail outlets open to the public all year round.

Samsø the island of renewable energy

In October 1997, Samsø won a competition launched by the Denmark’s Minister for the Environment asking local communities or islands to present a plan for a transition to self-sufficiency through renewable energy. Ten years later, Samsø was generating more electricity from renewable energy than it consumed, mainly from 11 onshore and 10 offshore wind turbines, totaling 34 megawatts and central heatings. Samsø’s CO2 footprint is negative 15 tons per inhabitant, which includes the 10 offshore turbines that were built to compensate for carbon emissions from the transportation sector.

Samsø’s long-term goal is to be a fossil-free island, phasing out oil, gas and coal by 2030. According to Energy Academy, the success of the island project is based on its bottom-up approach. Nine of the 11 onshore wind turbines were bought by farmers, and the remaining two bought by more than 500 islanders. Each 1 megawatt wind turbine powers approximately 630 homes.

Samsø green revolution is a success today thanks to the local community which benefit from national and European funds, and preferential and guaranteed rates fixed by the State. Investments are therefore amortized on less than seven years. Samsø has become a global example of how to create a sustainable community through local ownership and community engagement.

Because of its central geographic location, Samsø has been the center of the Viking Era for several centuries (sams = collective and ø = island).

1,400 years ago, the island was used as a meeting point for Vikings fleets that gathered there annually and has become the major site of recruiting warriors. Archaeological sites prove the old building castles erections and the canal, dug to facilitate the monitoring of all vessels from the south, can be easily seen from the main road leading north of the island.

The Kingdom of Denmark was formed from Samsø, which controlled at this time much of the Scandinavian islands and fertile land. Ref: The Story of the Vikings (about 700 AD to about 1200 AD) by Karl Rasmussen.