With its untamed coastline dotted with small beaches and inlets, its salt marshes, vineyard and pine forests, Embiez Island is a true « natural museum » of biodiversity in the Mediterranean. This small 235-acre island is very popular among tourists. Despite its proximity to the Var coastline, it has managed to preserve the wealth of its ecosystems. This miracle bears the mark of Paul Ricard, who became the owner of the island in 1958 and through his intuitive vision of responsible tourism. 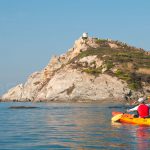 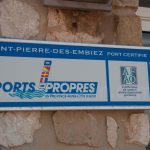 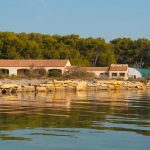 Embiez a natural sanctuary in the Mediterranean, an example of a sustainable island

The Embiez archipelago was born from the union of the islands of Saint-Pierre des Embiez and Tour Fondue, which are separated by a former salt marsh. Embiez forms part of an archipelago of a string of islands and islets, including Grand Rouveau and Petit Rouveau as well as Grand Gaou and Petit Gaou, which protect the Brusc harbour.

On the border between Eastern and Western Provence

Situated on the border between Eastern and Western Provence, the island is characterised by the diversity of its ecosystem. Between dry limestone and wetter crystalline shale grows vegetation that has been shaped over millenniums by the sea, the sun and the spray, and above all by human activity, mainly in salt works and vineyards. According to a customs document, vine-growing is done on the island since 1902. The clay-limestone and schisted soil and strong sunshine make Embiez a very specific terroir. The exploitation of the vineyard was revived by Paul Ricard, who created the famous pastis and was a generous lover of the sea, after buying the island in 1958. Nowadays, the vineyard is grown through sustainable practices and produces 32,000 bottles of rosé wine yearly. It still stretches by the sea or perched on small hills over 25 acres of AOC Côtes de Provence and Vin de Pays du Var vines.

Embiez enjoys a pleasant Mediterranean climate with hot and dry summers – average temperature in summer is 28°C – and mild and wet winters – average temperature in January is not lower than 5°C.
The island has a high a high level of sunshine with a yearly average of 2,900 hours and annual rainfall of 700mm, mainly in winter and fall.
The island is often battered by strong winds with spray, including the Mistral, blowing from west to north-west and the Marin, from east to south-east, which increase dryness.

The Embiez island, a model of sustainable tourism

Paul Ricard was a true pioneer in sustainable tourism and developed Embiez « in agreement with nature » in order to transform it into an « ideal place to relax and enjoy a holiday, with all it takes to be happy ». His wish is still respected by his successors, who want to make Embiez a model of sustainable island living. Visitors, the inhabitants and the public authorities are aware of how fragile this remarkable island is and are increasingly mindful of adopting and environment-friendly and ethical behaviour. The Brusc lagoon was included in the Natura 2000 network in 1999 for its exceptional character on the Mediterranean coast. The protected area covers a 1,200-acre marine area. Traffic and navigation are prohibited through the entire stretch of water, both by powered craft or beach equipment except for kayak boats. The Paul Ricard Institute of Oceanography was created in 1996 to fight sea pollution and has become the provider of scientific services for the Embiez Natura 2000 site, which is an efficient instrument for environmental protection and a key driver for local development and promotion of the natural heritage. The Institute of Oceanography has been focusing over the last 40 years on improving the quality of coastal waters and preserving emblematic Mediterranean species while sensitising more than 50,000 visitors every year.

On land, the pine forests are maintained and are surrounded by spraying systems for fire prevention and this island where cars are banned has become a refuge for the French Bird Protection Society (LPO). Ornithologists come there regularly to observe resident and sedentary birds that are rarely sighted on land, including plovers, cormorants, grey herons or common kingfishers.

Significant efforts are undertaken to dispose of solid and liquid waste and promote new energies, especially through the development of a fleet of electric vehicles. The water and electricity of Embiez are supplied from the mainland. Seven pumping stations scattered on the island are connected to the sewage system of the mainland and can be controlled from the harbourmaster’s office. Furthermore, a project for wastewater discharge in deep waters is underway. The port, which is a certified « clean port », was not built on the sea but on former salt marshes, thus limiting its impact on the Mediterranean, which is already under severe threat.

Discovering a nature island accessible to all

Nature rules over a large part of the island, where cars are banned – except for a few electric service vehicles. Pedestrians and cyclists are most welcome on this small, 280-acre island which is 1.2km long and 1.4km wide.
The island has been developed to allow for the discovery of the island. Footpaths take visitors through pine forests and vineyards and along delightful coves and small beaches bordered by a crystal-clear sea. Visitors are invited to use the nature trail to discover island life through a series of information boards on various themes – history, geology, ecology, botany and zoology. The visit can take between 2 and 3 hours depending on each person’s pace.
The Mediterranean museum and aquarium are open all year round to allow the discovery of marine species in the region, including mullets, spotted dogfish, flatfish, sea cucumbers and sea urchins. Groups can be accommodated and conference and educational activities are regularly organised.

A dream stopover and an exemplary yacht harbour

The Saint Pierre des Embiez yacht harbour is nestled in the north of the island and is a safe refuge for pleasure boaters in all weather conditions. With its 750 rings, this pleasant port lined with pine trees and flowers can also accommodate 150 boats stopping over. Built in 1963 on part of former salt works, it holds ISO 14001 certification and has received the Blue Flag quality award.

A rich historical past

Embiez Island is a natural refuge protected by the Cap Cisié and has always been a safe haven for seamen, fishermen, pirates and merchants since the time of the Phoceans.

Towards 950, Saint-Victor monks from Six-Fours built a port of embarkation and started exploiting salt marshes in the north of the island. Salt then became the main resource of the time. This expensive and precious commodity was essential for preserving food. The island has long been a salt field accessible by ford crossing from the Petit Gaou peninsula.

In 1520, a native of Six-Fours made it his rear-fief with the approval of King Henry IV. A fort was built at the top of the island under King François the 1st. After various successions, it became a property of the State during the French Revolution in 1789. According to a customs document, vine-growing is done on the island since 1902 and is still thriving today.

In 1938, a memorable encounter took place at Embiez between Philippe Tailliez, a diving enthusiast, Frédéric Dumas, a renowned underwater hunter from Sanary and Commander Jacques-Yves Cousteau. It’s in the seabed of the archipelago in 1942 that the Tailliez-Cousteau-Dumas trio, called the « three Musketeers », made the first French underwater film with limited resources and diving while holding their breath. The following year, the film, « Epaves » (Shipwrecks), was shot using a « Cousteau-Gagnan » aqua-lung, which was invented for the occasion.

In 1958, Paul Ricard bought the entire island with the ambition of turning it into a place for relaxation and leisure accessible to all. The island was developed in agreement with nature and became a model of sustainable tourism.
The interest of Paul Ricard for the marine habitat showed in diverse areas, including navigation. The businessman has notably supported Eric Tabarly by financing his hydrofoil. On 1 August 1980, the great navigator made the crossing of the Atlantic in 10 days and 5 hours on board the Paul Ricard, breaking by two days the world record previously held by Charlie Barr since 1905.